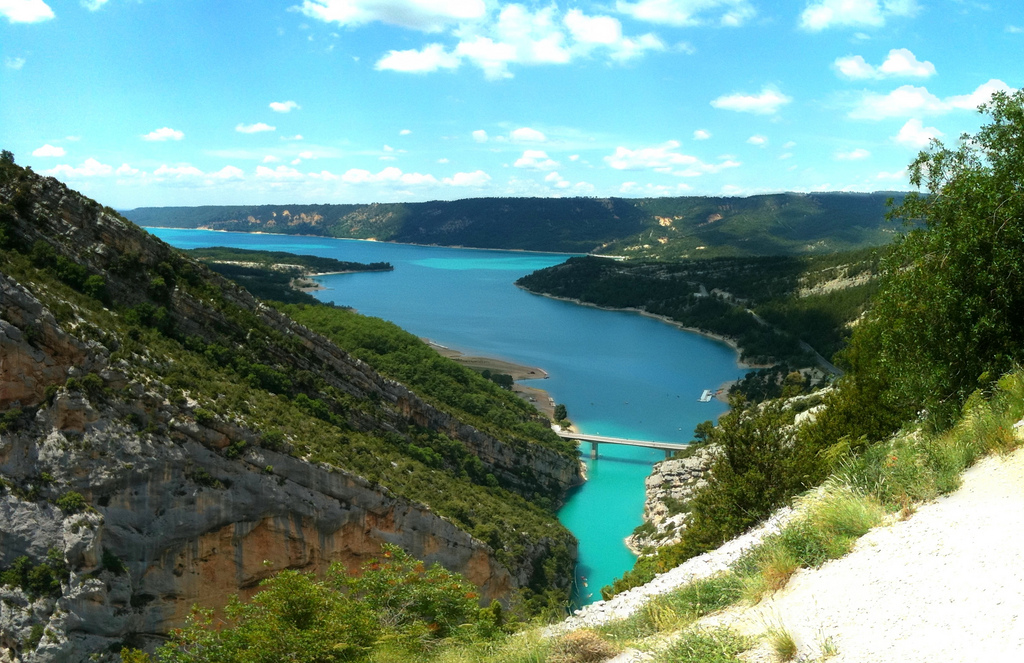 The Verdon Gorge is one of the world’s most beautiful gorges located in the Alpes-de-Haute-Provence region of Southern France and is often described as France’s answer to the Grand Canyon. The Verdon gorge measures about 25 km long and up to 700 metres deep formed by the Verdon River. The turquoise-green colour waters of the canyon is its most distinguishing features where the most beautiful part lies between Castellane and Mounstiers Sainte Marie. The Verdon Gorge is considered by many to be the ost beautiful gorge in Europe and is popular with tourists who drive around its rims or rent kayaks and hike on the limestone walls around the gorge. 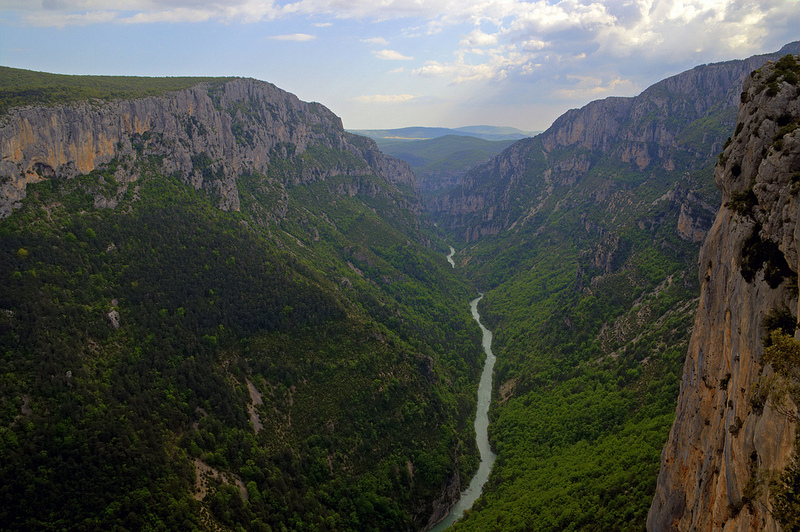 Aerial view of the gorge
Image attribution to ravpix @ Flickr 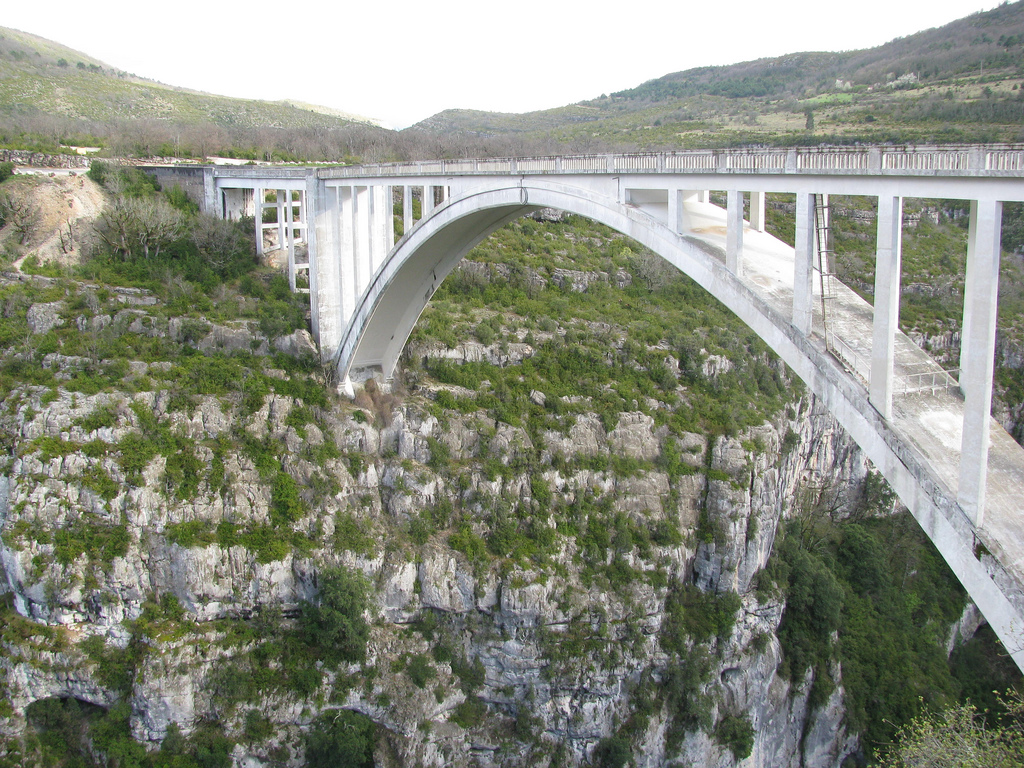 Bridge at the Verdon Gorge
Image attribution to anchorage @ Flickr 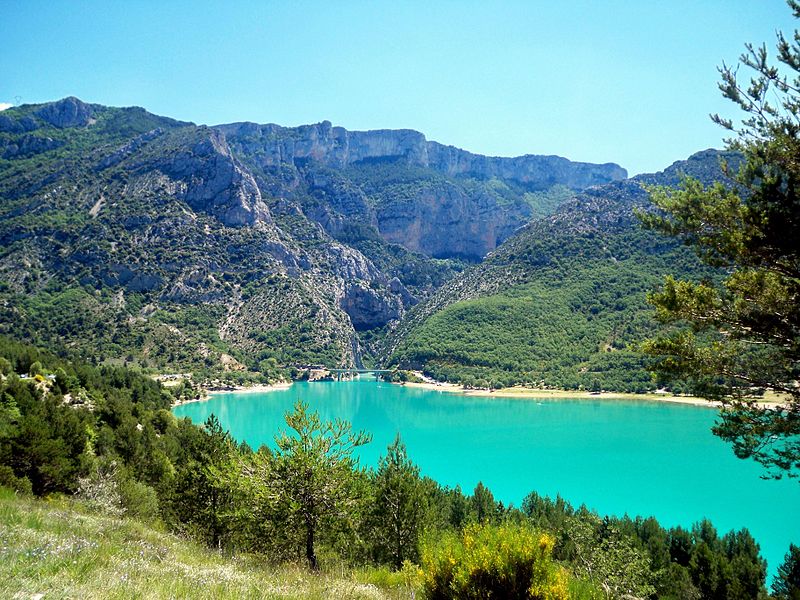 History :
The Verdon Gorge was also known as a real natural musuem of primitive man where hundreds of artifacts over 400,000 years old were unearth in the Grotte de la Baume Bonne and a modern Museum of Prehistory was erected near the gorge in 2001. The Verdon Gorge was largely unknown to the outside world until 1906 when speleogist Edoouard Alfred Martel did a complete exploration of the gorges during a 3 day expedition which is known as the Martel trail and still used today between Point Sublime to La Maline 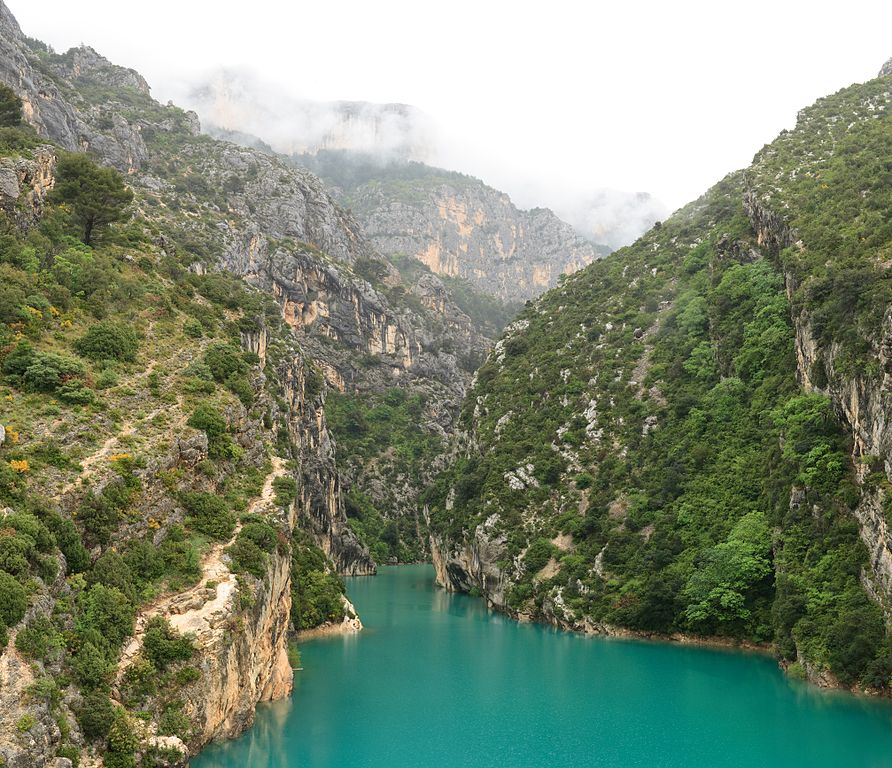 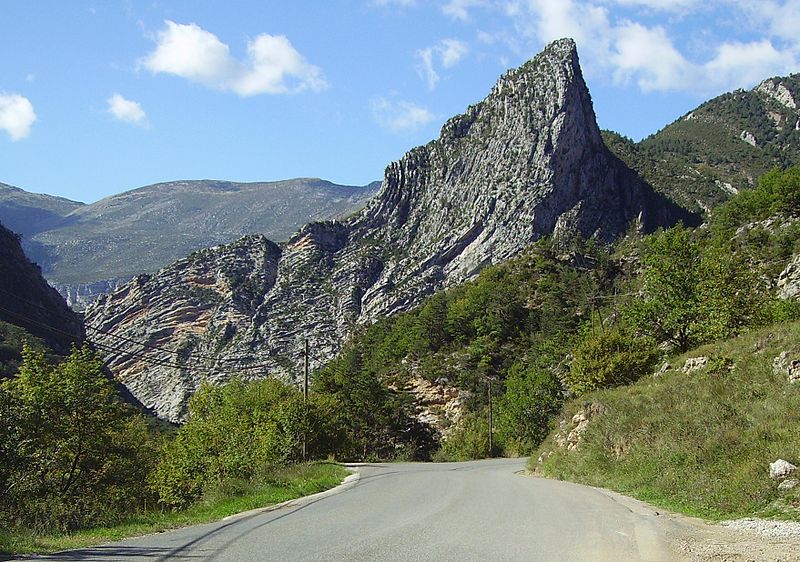 Rock folds near the gorge
Image attribution to Ballista @ Wiki 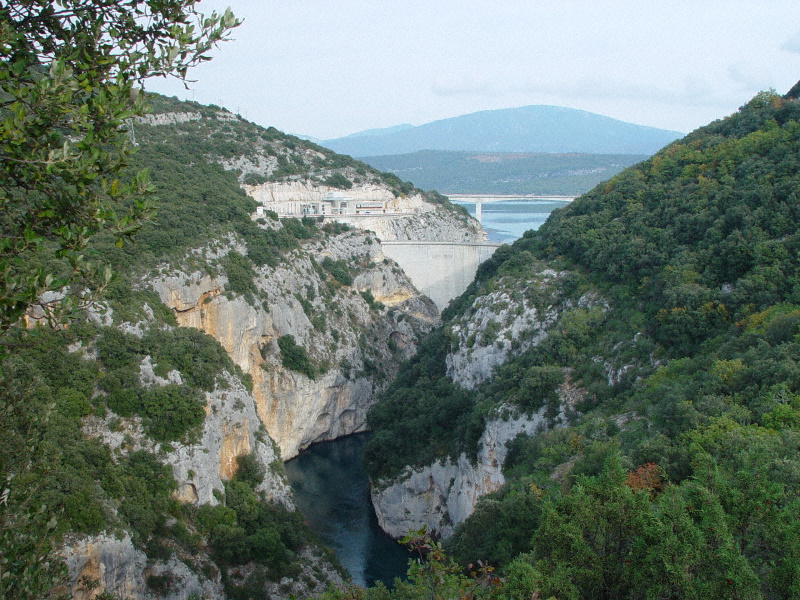 The Dam of Sainte Croix
Image attribution to Rikly @ Wiki

Getting there :
The nearest international airport to the Verdon Gorge is the Nice Côte d’Azur Airport which is around a 2 hours drive away from the attraction